How Bay Area sheriff and D.A. races turned out — so far

Price had numerous progressive endorsements while Wiley had support from within the office and, like Price, did a heavy fundraising haul. Price had 40% of the vote to Wiley’s 31%.

Alameda County voters are choosing a new district attorney for the first time since Nancy O’Malley took office in 2009. The candidates are vying to take the reins of the agency at a time when fears of rising gun violence in Oakland collide with calls for greater investment in criminal justice reforms. 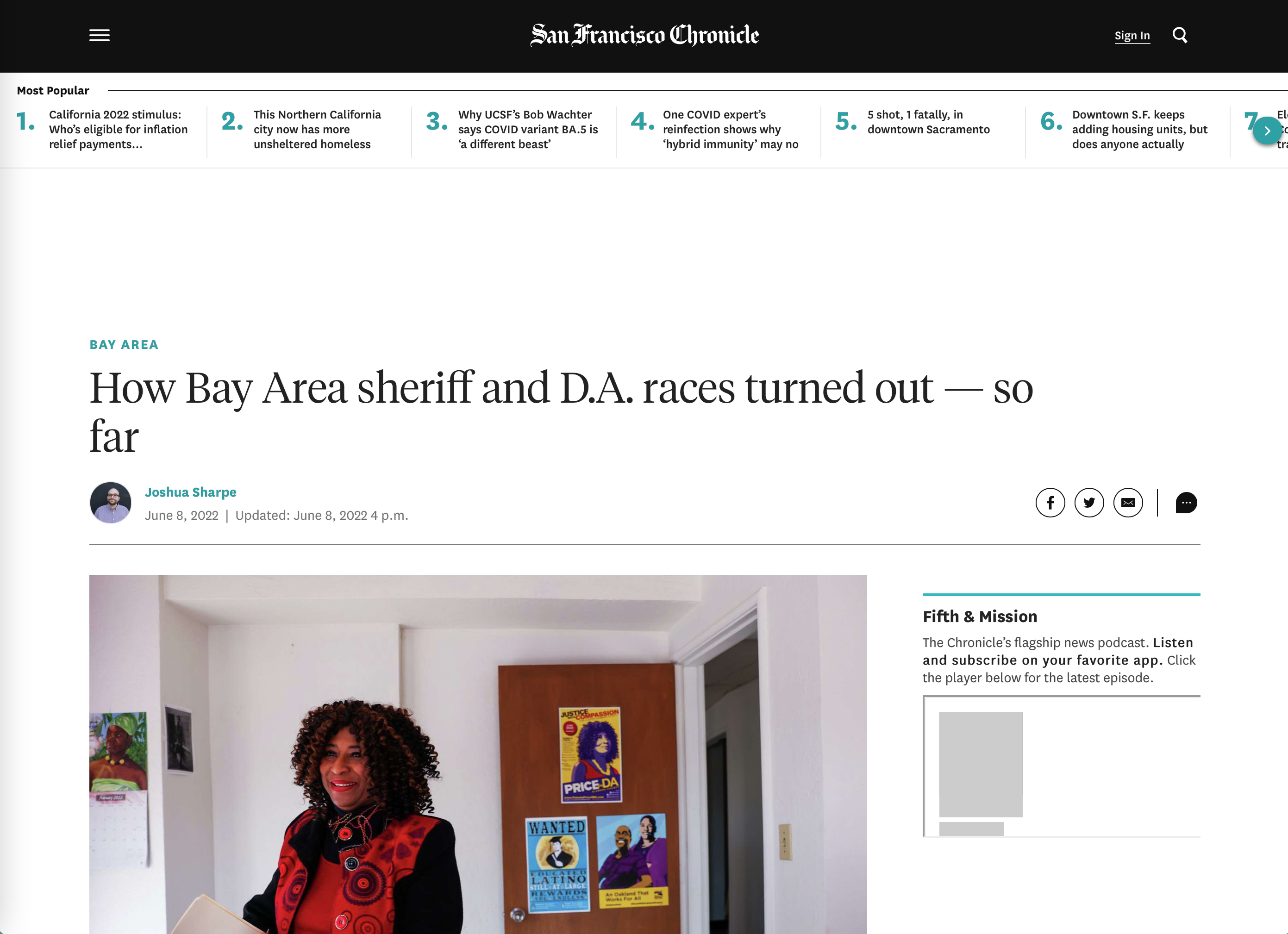