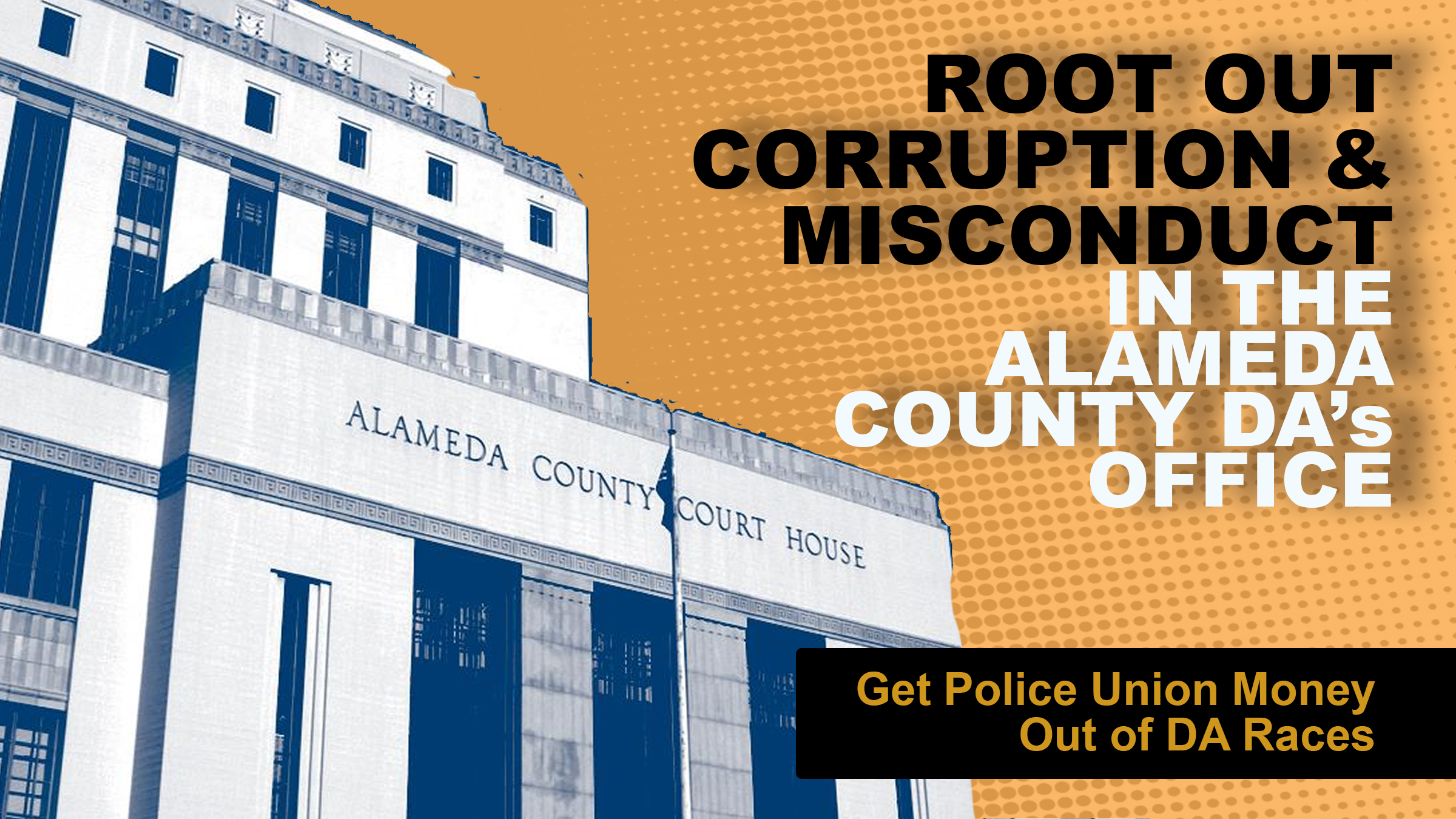 In April 2021, a public records request was filed with the Alameda County District Attorney’s Clerk of Records for all emails relating to “Pamela Price” from 2017-2021. This summer, the DA’s office turned over 230 pages of emails which exposed a concerted and seemingly deliberate effort within the DA’s office to collude with police unions across California and defeat Pamela Price in the 2018 election. Numerous violations of civil, criminal and campaign finance laws were found, as well as a continuing pattern of misconduct by deputies and O’Malley’s top employees into the 2022 race.

After a review of the 230 pages of emails, the Sutton Law Firm, election and political law specialists, confirmed that the level of criminal activity by prosecutors was serious and warranted the filing of complaints with the Attorney General and the FPPC.  Some of the recurring violations constitute felonies and include:

“When we were approached about looking at the emails, I expected to see a couple of people breaking the rules of conduct,'' said James Sutton, the principal attorney at the Sutton Law Firm. “I never thought that the misconduct would be so widespread within the office.”

The Alameda County DA emails show a pattern of criminal misconduct that needs to be investigated to the fullest extent of the laws. Emails between office staff and police unions in the creation, funding and distribution of "hit pieces" against Pamela Price is a textbook example of violations of California's Government Code and campaign finance laws. Public safety demands the abuse of public trust and resources be taken seriously.

No one is above the law, especially not the District Attorney. Pamela is running for DA to clean up this type of corruption and prosecutorial misconduct. It is about creating an office free of politics as usual and conflicts of personal interest. We must build public trust and accountability to the DA’s office.

Our campaign is corporate-free and people-powered. Join us in stopping DA corruption in Alameda County. Sign the petition here to demand immediate and full investigation by every responsible authority in this misconduct.