Price gave a fiery speech on the needed reforms of the D.A.’s office. Price called out how the D.A.’s office has been toying with the Grant family’s emotions as they seek justice when O’Malley announced an investigation into charging Pirone last year, only to announce months later that no charges would be filed. 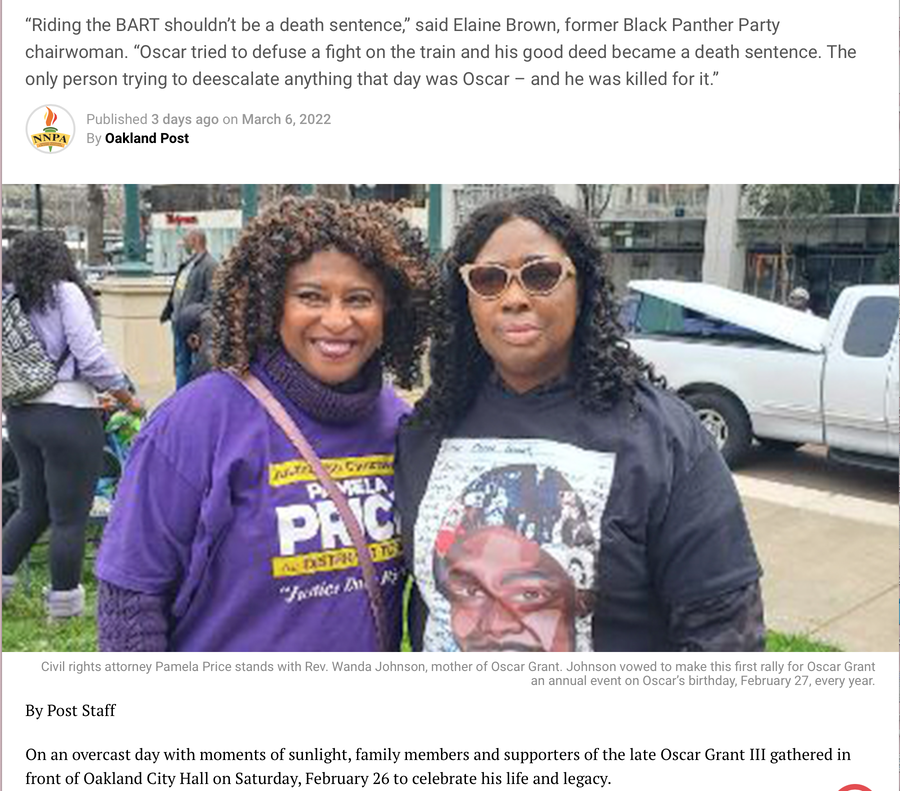