According to a release from community groups and DA Candidate Pamela Price, “Witness videos contradict the story told by lawyers for the police officers involved in the shooting. It is clear that an independent investigation needs to be implemented.”

In response to the February 17 incident, local democratic groups followed the lead of the Alameda County Democratic Party Central Committee which called for any use of deadly force by law enforcement officers to be investigated by California Attorney General Rob Bonta.

The Tri-Valley Democratic Club and Southern Alameda County Progressive Democrats Executive Board signed on to a statement “asking for more accurate reporting of the case in the media and for an unbiased, measured and independent approach into investigating the death of San Jose resident Cody Chavez.”

“A call for help should never turn into a death sentence. I know exactly what it is like to fear harm from a loved one and need to have police intervention,” stated Pamela Price, herself a domestic violence survivor.

“Domestic violence is the leading cause of injury to women between ages 15-44. As the only woman in the race, and a survivor, I can speak to the trauma and fear women experience when faced with abuse by someone you love,” said Price.  “But domestic violence should not be a death sentence—not for the victim and not for the perpetrator.” 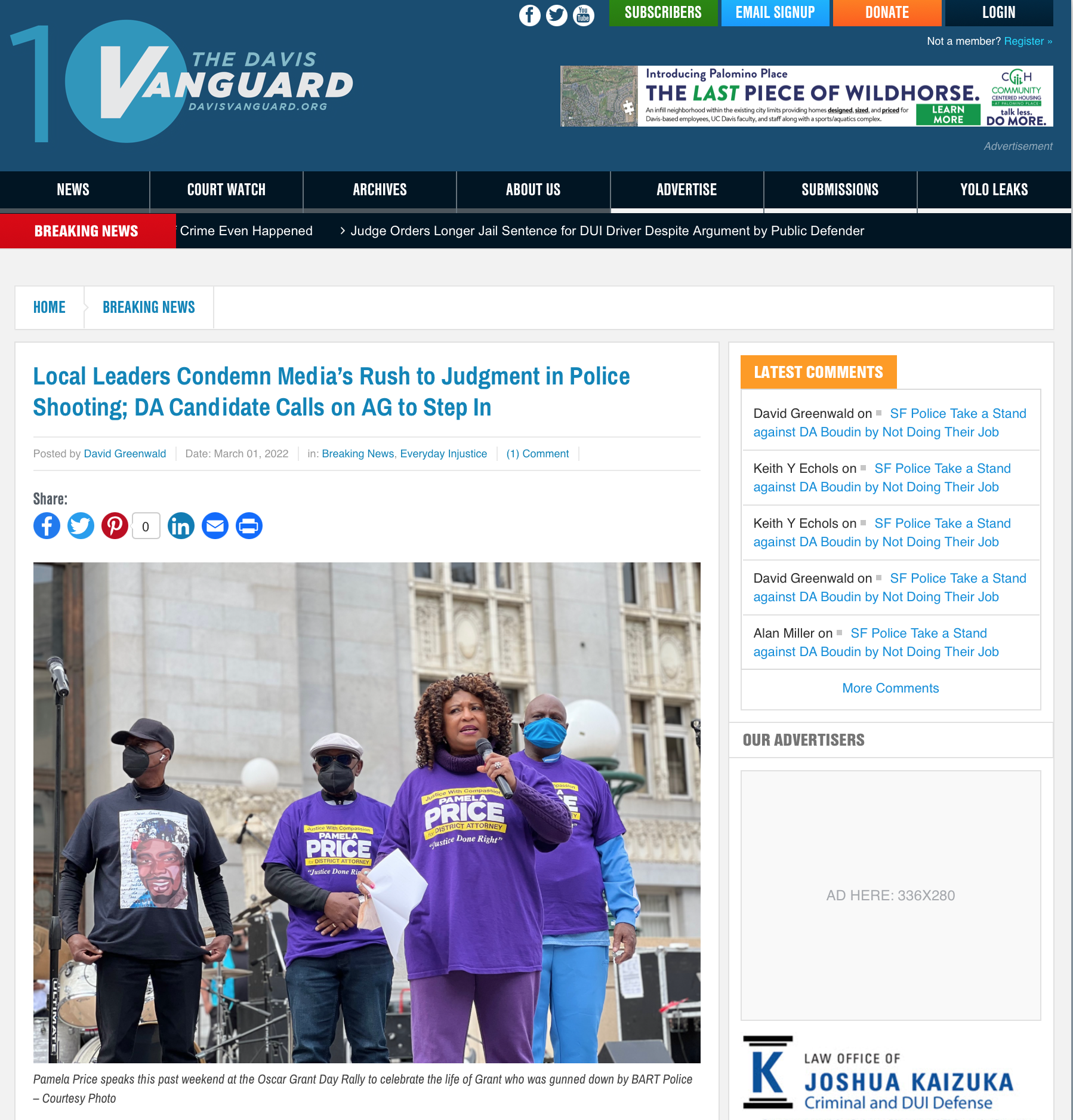