Civil rights attorney and Alameda County District Attorney primary winner Pamela Price has long been recognized as a significant contributor for the enactment of the groundbreaking Title IX legislation because of her role as the lead Plaintiff in the first sexual harassment lawsuit, Alexander (Price) v. Yale. Her story as the Plaintiff and later as a leading civil rights attorney making new law under Title IX is featured in Sherry Boschert’s new book, 37 Words. Her fight for justice as a young woman is also featured in the ESPN documentary “37 Words” which will air on ESPN channels starting on June 21st. 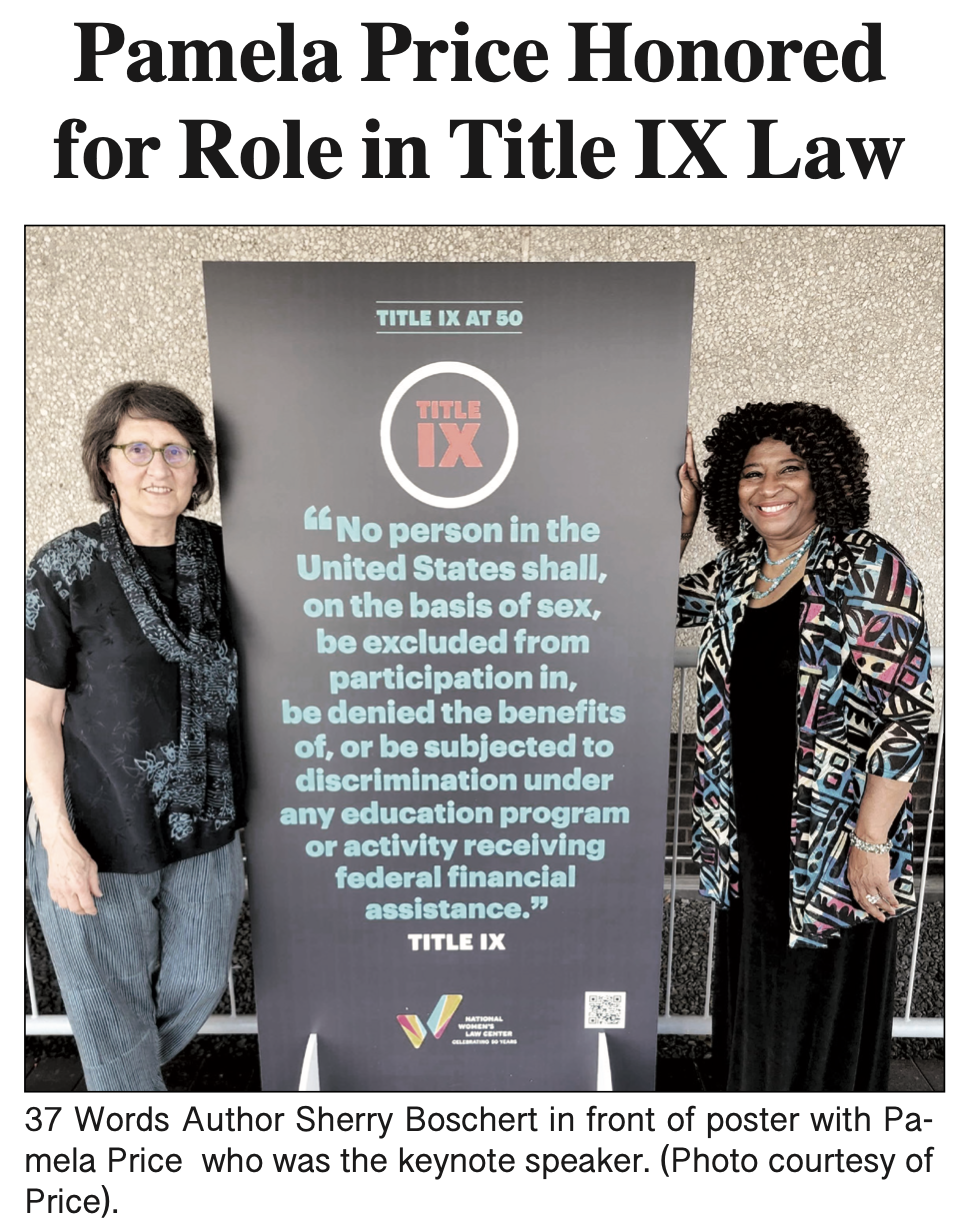