From the Davis Vanguard:

Larry Krasner was the first in a wave of progressive prosecutors when he was elected Philadelphia DA in 2016.  Coming on the heels of a landslide election win for his second term as Philadelphia DA, Larry Krasner calls on voters in Alameda County to vote for Pamela Price as their District Attorney.

During his first term as “the Philly DA,” Larry Krasner has supported victims, exonerated the innocent and held police accountable. He has focused on the most serious crimes while working with community leaders to address the root causes of violence. He has kept kids out of adult court and connected to their families and communities. And he has fought against powerful corporate interests and supported working families.

“Pamela Price is the only candidate who will come into the DA’s office and shift the focus to reform instead of maintaining the current system. Her ideas are rooted in similar policies that we have implemented in Philadelphia and they are working,” stated Krasner. “Pamela knows that public safety requires a justice system that focuses on most serious crime and doesn’t do excessive things with minor offenses.” 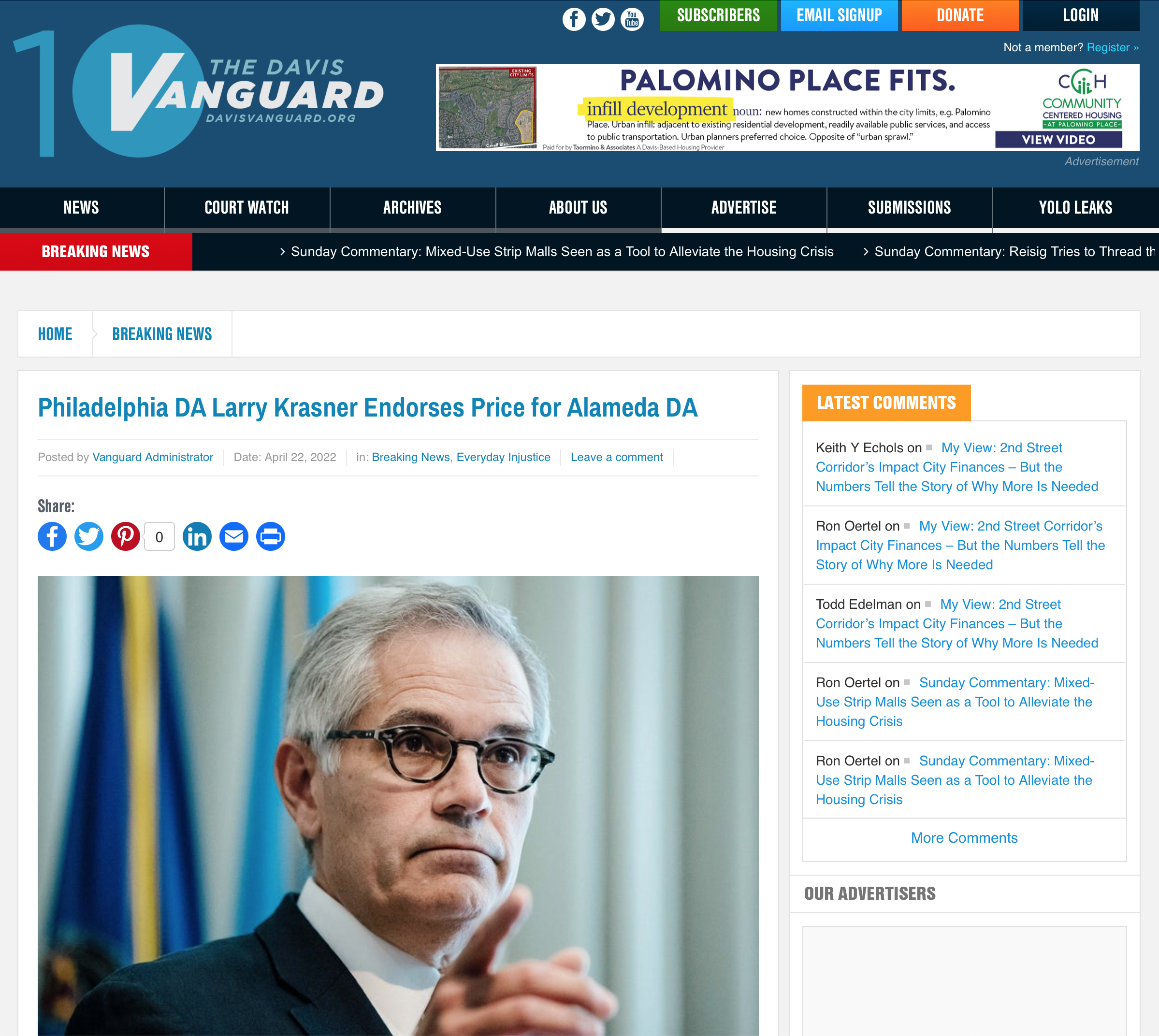