Thursday, February 24th, 2022 -Today, the Courage to Change PAC, founded by Rep. Alexandria Ocasio-Cortez, announced that Alameda County District Attorney Candidate PAMELA PRICE has been awarded their ‘Courage to Change Policy Pledge Distinction.’ This distinction was awarded to ONLY 37 candidates across the country based on the successful completion interview process, which asked candidates to make a range of policy commitments - including rejecting all donations from corporate PACs; increasing funding for crisis response services; making public undergraduate programs free; ending exclusionary zoning; repealing the Faircloth and Hyde amendments; and limiting cooperation between local law enforcement and federal immigration authorities.

“When voters see that a candidate has received the Courage to Change distinction, they know that candidate is people-funded, committed to the grassroots, and supports policies that prioritize the working-class in the pursuit of social, economic and racial justice,” said Rep. Alexandria Ocasio-Cortez in a statement. “The CTC policy distinction is awarded to candidates who clearly demonstrate an unwavering commitment to change a political system that puts wealthy special interests ahead of working people. It means you have the courage to stand up to established interests, big money, and politics as usual no matter the Party.”

“This seal of approval from one of the most progressive voices in the United States House of Representatives and her forward thinking political action committee is truly an honor,” said Price. “It recognizes the courage it takes to stand up and step forward for justice in Alameda County. It is going to take a bold vision and platform for reform to heal the harm and move Alameda County forward.”

Pamela Price continues to be the progressive voice in the race for Alameda County District Attorney. Her endorsement this week by Southern Alameda County’s FUN (Fremont, Union City and Newark) Progressives adds to the growing list of endorsements from other forward-thinking Democratic groups like Alameda Progressives, the Oakland chapter of Progressive Democrats of America and Our Revolution East Bay.

The Courage to Change PAC was founded by Rep. Ocasio-Cortez with the goal of elevating candidates who display political courage — people who refuse to bow to establishment pressure, who advocate ferociously for working-class families, and who have lived the same struggles as the people they seek to represent.

The distinction does not serve as an endorsement from Rep. Ocasio-Cortez, or the Courage to Change PAC. More information is available here. 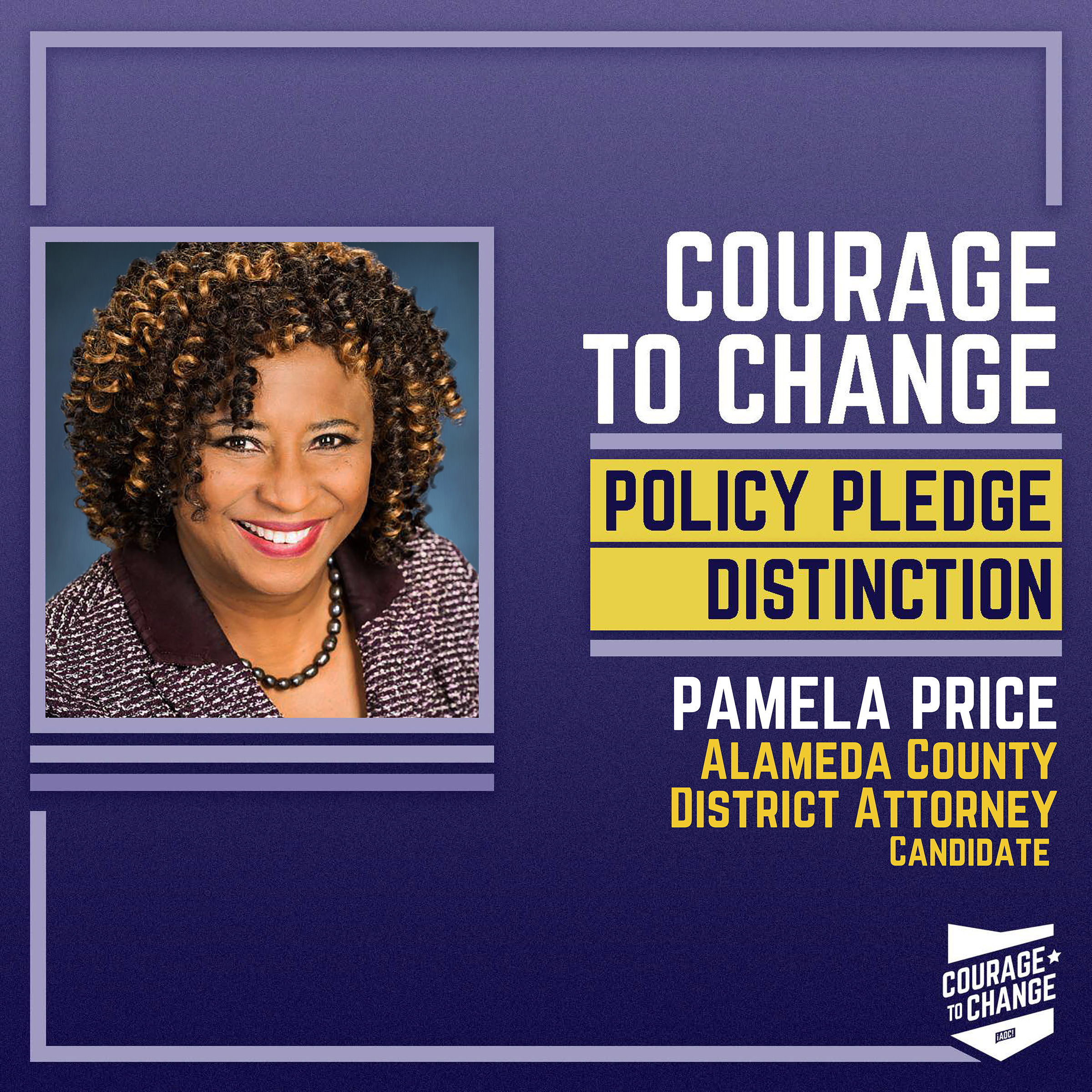